As everyone should know by now, I collaborate with my close friend and brother from another mother, Matt Doughty/Onell Design.  Which was the case in the development of "Nemesis."  He has developed lore along with assisting me on character development, design, mechanics and production.
(Illustrated in the Nemesis concept sketches below.)

My characters tie into the whole Glyos Universe via the Beetorian homeworld of Sectivorus.
The Beetorian Corps are the only survivors of the "Infection" unleashed on their homeworld by the Nemesis.

Legendary most heroic Beetorian earn the status and title "KabutoMushi."

The Nemesis are evil arachnid crab/spider like creatures destin to eradicate Sectivorus' inhabitants and utilize the planet as a homebase for their universal domination.  Nemesis steal technology and especially seek the Delphi Black Core.

The Nemesis are carriers and inflictors of the "Infection," which they utilize as a bioweapon to wipe out or convert survivors to hostile warriors to join their ranks.

TitanMushi are goliath beetles utilized by both the Kabuto Mushi and the Nemesis as beasts of burden and steeds.  They have low intelligence and neutral in their loyalty. 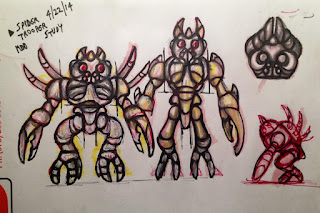 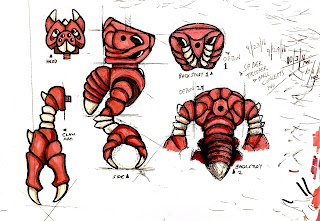 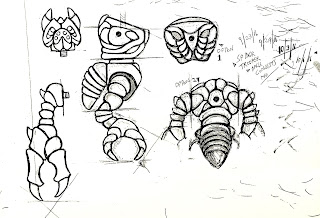 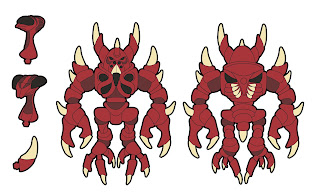 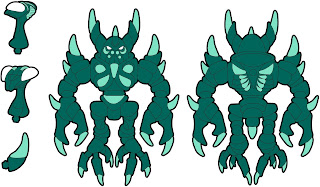 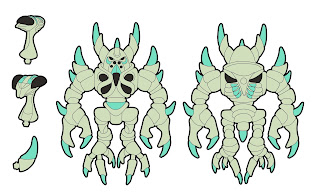 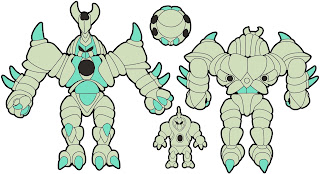 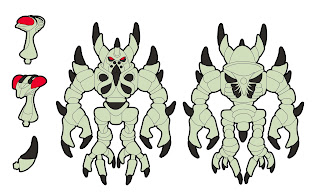 Posted by THEGODBEAST at 8:09 PM