Before going into the details of Wave 12 Kabuto Mushi release...

I would like to thank everyone who has supported Kabuto Mushi for the last 2 years!  I still can't believe it has been 2 full years of overseas production already!!!  I am truly humbled by the love and support of my collector friends worldwide!!!  All the BEST to everyone in 2016!!!

Presale due to slight delay with Titan Mushi vinyl.
Should be in-hand at the end of the month. 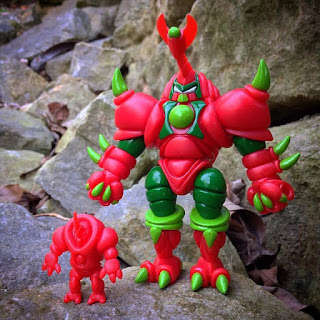 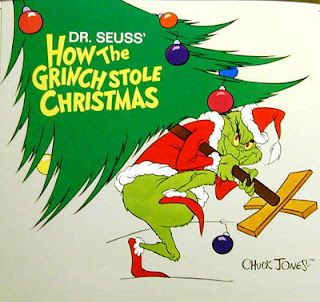 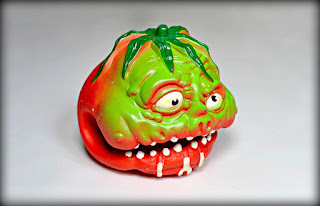 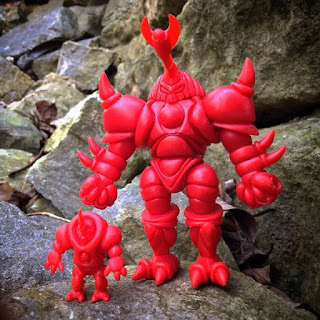 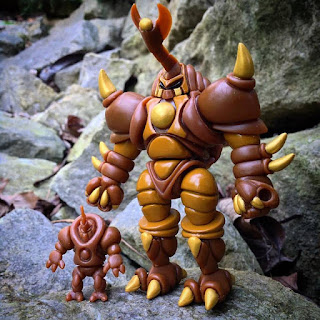 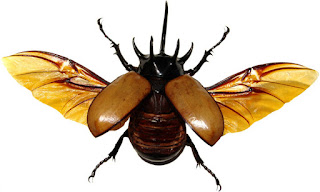 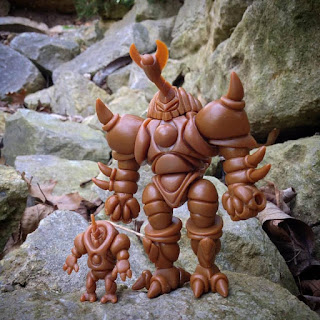 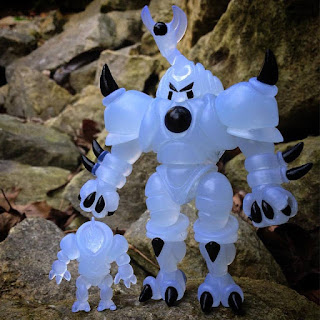 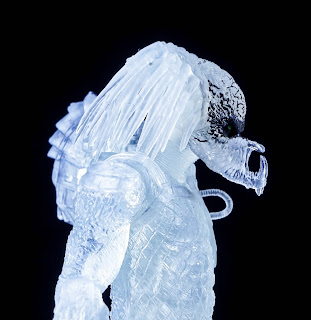 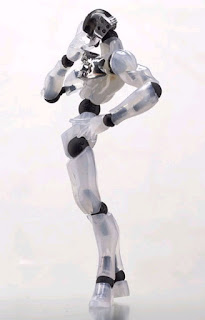 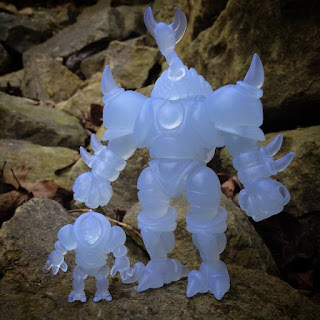 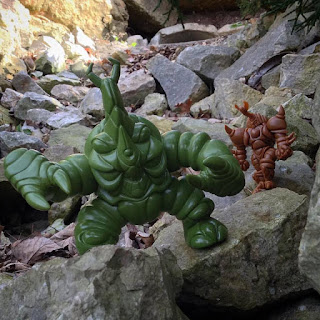 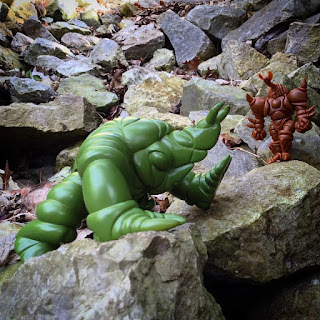 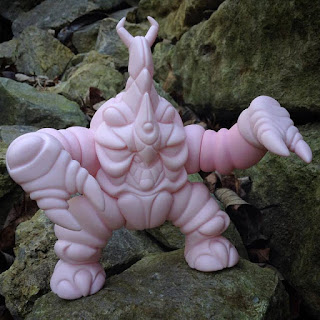 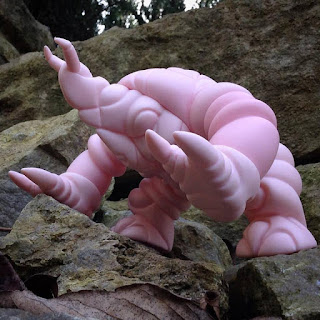 Unfortunately at this time,
I only have mechanicals of the Wave 1 vinly Titan Mushi.
Photos of actual products to come... 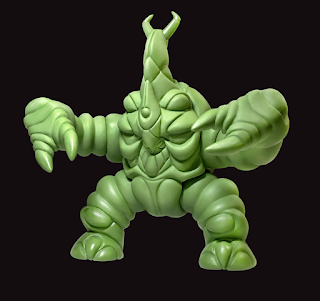 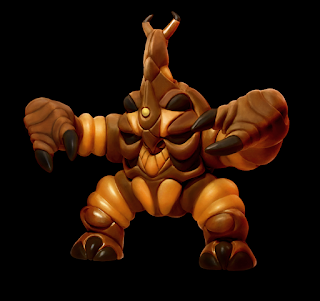 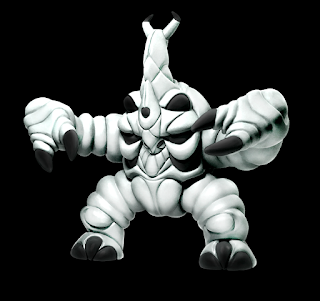 HISTORY of TITAN MUSHI
Titan Mushi was truly years in the making.  I started the first Titan Mushi sculpt clear back in 2011 (Origins of Titan Mushi)!!!

Spring of 2014 I revisited the Titan Mushi concept collaborating with toy genius-Matt Doughty of Onell Design (creator of Glyos).  Matt sent me some sketches based loosely on my original sculpt while linking it's dna to the Glyos universe for compatibility.  Working off his sketches I sculpted Titan Mushi in Castilene wax.  Then Matt would do more sketches of my sculpt (tweaking places here and there) and I would sculpt more from the evolved sketches, back-n-forth & back-n-forth...true collaboration.  (See Matt Doughty's Titan Mushi sketches below.)  When collaborating with Matt I had 2 personal requirements for Titan Mushi... #1 that it can transform from a stand alone bipedal beetle creature into a beast of burden that Kabuto Mushi could ride on top of (like a Star Wars Patrol Dewback).

After I finished the sculpt, I molded it, prototyped it in resin, and hand delivered it to Matt at 2014 Designer Con.

Late summer 2015, Matt took the prototype to the Glyos factory in China.  While there, Matt, Paul, and the tool master analyzed my prototype.  They solved 3 major no-no's in vinyl production (a T-crotch, 90 degree angles/wrists, & super thin/skinny parts/horn).  Matt tweaked my prototype both on an engineering level (not my expertise) and a lil' bit on an aesthetic level.  The end result is the production rotocast test shots above!!! 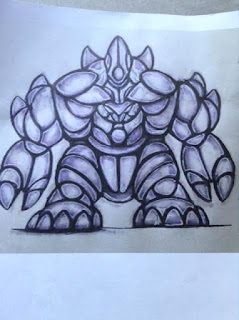 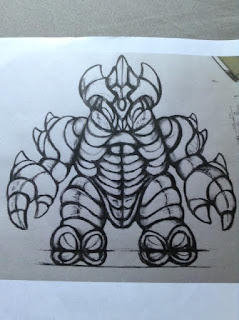 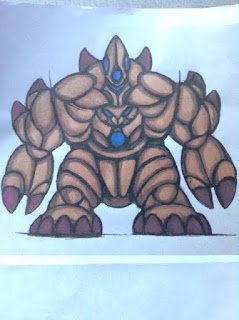 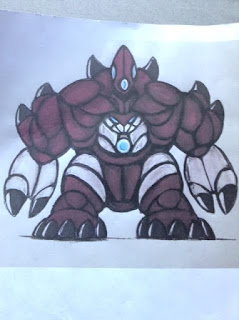 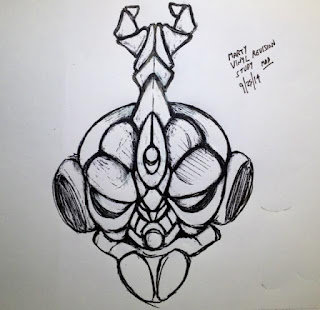 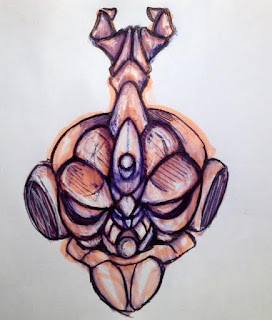 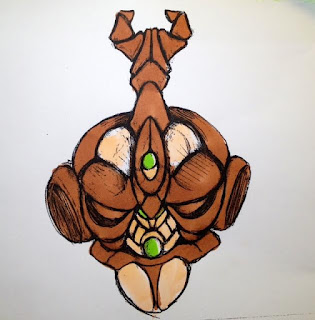 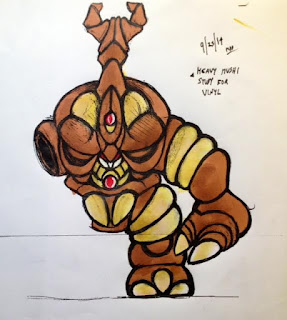 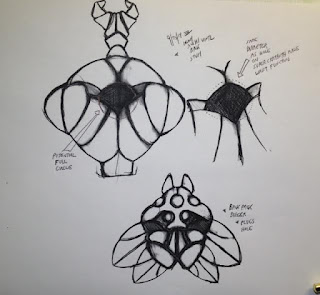